2021- we´ve all had a very rough year with not too many reasons to go and hit the dance floor with our friends. Just in time as the warm summer sun comes out giving us a life fulfilling time, Panik Pop delivers us a refreshing and reactivating sound with “Your Body”. A dynamic harmony between minimal techno and classy house tunes releases nostalgic feelings towards hot summer nights with your closest friends. “Your Body” contributes power and love at the same time but also gives us the right spirit to go and dance carefree.

The project Panik Pop of the Leipzig producer and DJ Max W. has been known for years for varied productions between tech- and deephouse, between ecstasy and melancholy. In the scene he is in demand. Strikingly from Berlin to Zurich which is why he repeatedly is a guest in the most popular clubs of named cities. Furthermore, he excels not only with gigs at well-known festivals such as Wurzel Festival, Helene Beach and Sputnik Spring Break but also with releases on Moonbootique, Parquet and Kittball. Since his debut album “Isolated” he enjoys international recognition, which he proves to have earned with every new project. 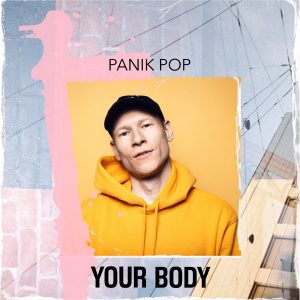