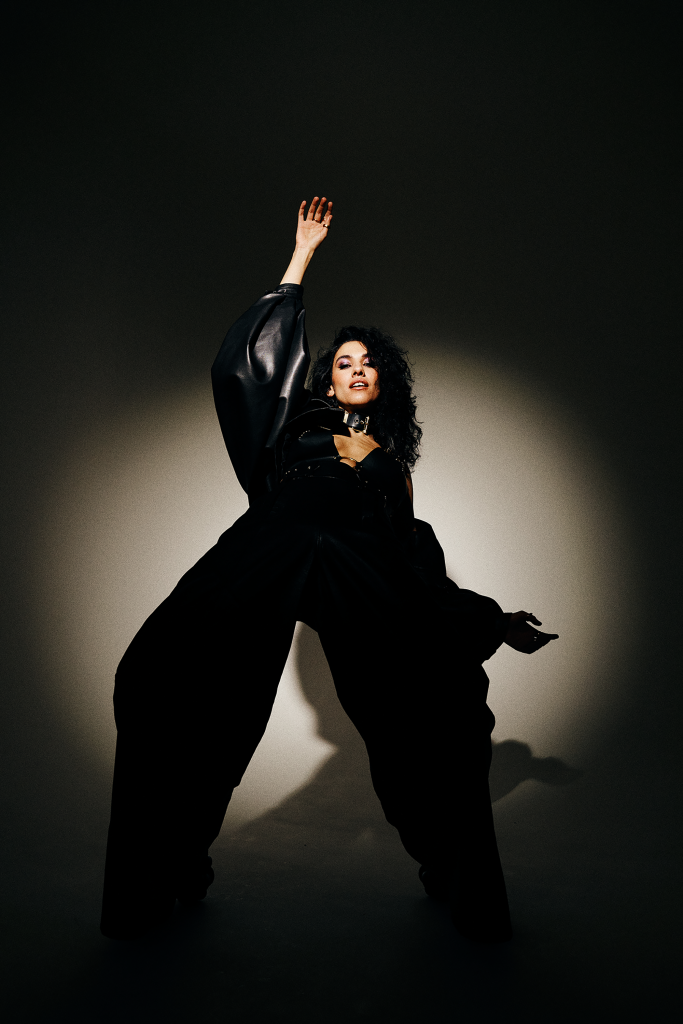 Alternative pop artist Charlotte OC; born Charlotte O’Connor in Blackburn, Lancashire, England to her Malawian mother and Irish father. Undoubtedly one of music’s most promising rising talents, British songstress Charlotte OC singles ’ Satellite’ and ‘Boyfriend’ have garnered attention from Paper Magazine, Nylon, Billboard and Clash as well as radio coverage from BBC Radio 1 and Radio 2. Her latest EP ‘Oh The Agony, Oh The Ecstasy’ was very well received in Germany and the UK and she entered the German radio charts with her single ‘Freedom’.

Her music has over 30 million streams to date and has performed on the Seth Meyers Late Late show, Goverors Ball, Field Day and Pitchfork Paris. Charlotte has recently supported James Arthur and Tom Walker on their European tours.

She’s had TV syncs with popular TV shows including Virgin River, Grey’s Anatomy, Pretty Little Liars, Riverdale, Catfish and Love Island. The sync with Virgin River caused the featured song ‘Where It Stays’ to have a viral revival and it went into the Shazam and Itunes charts in over 12 countries.

Charlotte’s earlier music had a dark hue, with folk shadings, moodier R&B and downtempo electronic elements. In November 2013, she debuted with Colour My Heart, an EP of four dramatic yet restrained songs recorded with Tim Anderson (Solange, Sia, Banks).

Complementary remixes from Moodymann and Yarin Lidor followed shortly thereafter. After she moved to Harvest/Polydor, the EPs Strange and Burning followed in 2014 and 2015. In 2017, O’Connor returned with her debut full-length album, Careless People. Once again produced by Anderson, the album featured the slightly ominous yet accessible singles “Blackout” and “Darkest Hour.” The new record ‘Here Comes Trouble’ see’s Charlotte really own her voice and settle into her artistry with an exquisite collection of organic and accomplished songs.

Album Pre-Order & Vinyl Pre-Sale will be available in the coming months, the meantime STREAM HERE.

“…you can find the drama of Kate Bush with the personal touch of Bat For Lashes – alongside with a sense of the epic to rival Florence & The Machine.” – CLASH

“A massive voice. Hers is the kind of vocal that soars—not in the way birds do, but rather that of jet engines. Just as it’s revving up, it suddenly blasts off into another stratosphere.” – Elle

“British pop polymath Charlotte OC sings directly from the heart, and her latest drop is certainly no exception. the rising starlet shares melodies rooted in her emotive authenticity.”

“In the soaring new “Satellite,” she’s fully in command of a moodily intoxicating sound that casts her as an electro-pop balladeer of the highest order.” – NPR