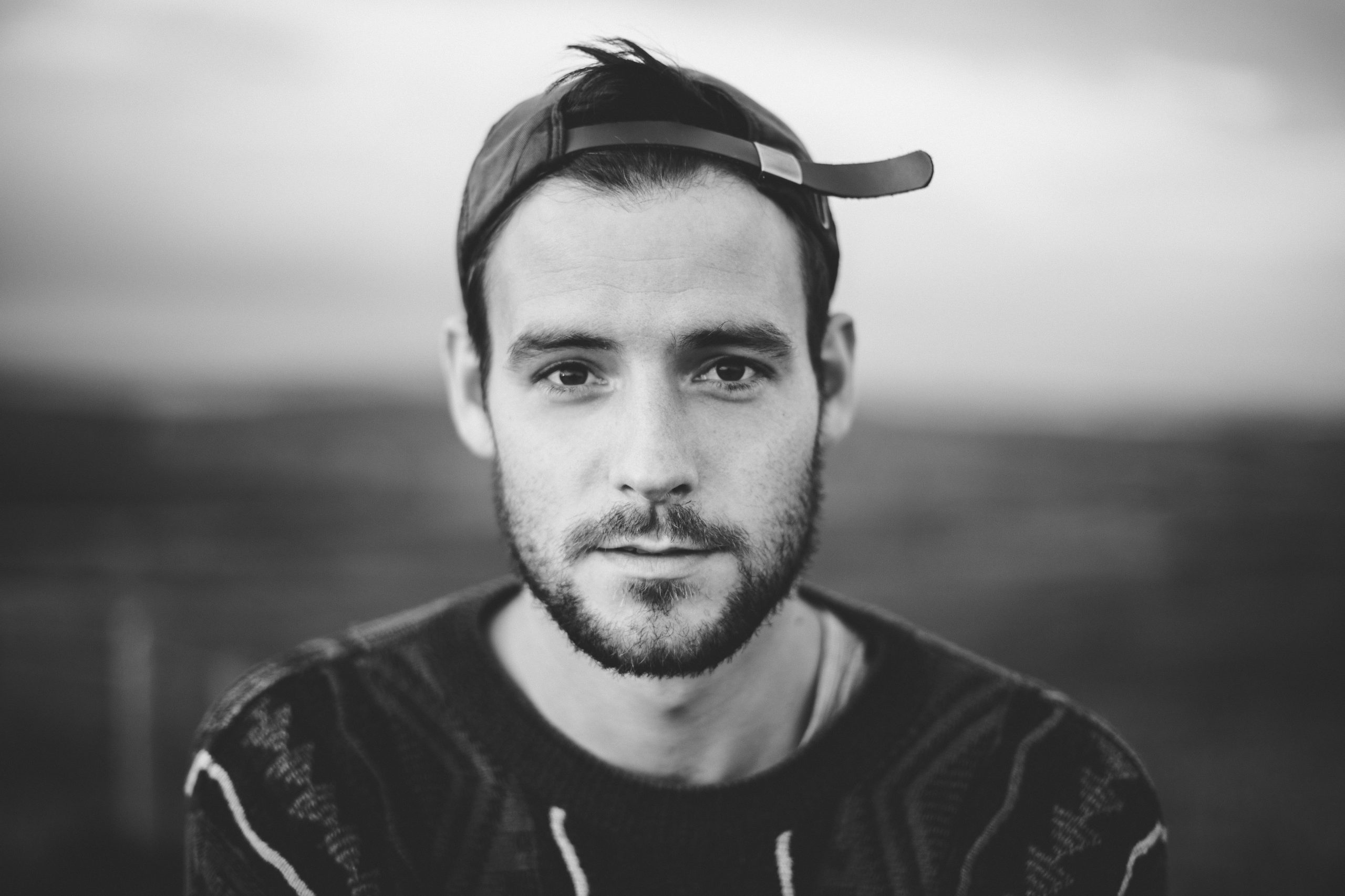 Keeping up with living in the 21st century can be exhausting. Everyone is connected to everyone else, invisible digital bloodlines stretching around the world. We awake each morning and roll over, not to a loved one, but to the glow of a Retina display. Even music can feel overwhelming: the rush of the new comes on so fast that pausing for a second can feel like missing out on everything.

But sometimes taking time to just focus on one thing – one hour, one artist, one album – is not only a healthy step, but provides an unexpected window onto a talent that, otherwise, could have been lost in the cacophony of contemporary hype. Roo Panes is a young British songwriter with a guitar to his chest and a heart swelling with hopes and dreams. A common on-paper pitch, perhaps, and one sold a thousand times before. But Dorset-born Panes has something special to offer those willing to wait a while for their favourite songs to settle into place.

Panes’ debut album, ‘Little Giant’, wasn’t a collection operating at the vanguard of a cutting-edge, ultimately transient scene worthy of clicks for the next few months. It wasn’t an album that set out to trick its audience in any way – what you hear is succinct, honest songwriting, from a place of deep personal expression, resonating with universal truths and values. His follow up record ‘Paperweights’, is equally truthful, with a sound matured, richer but no less authentic.

It’s a strange admission for any artist, but nevertheless: “I’ve never really listened to much music,” says Panes. “Influences from other artists, they’re not really that important. I find that my music comes to me from situations I find myself in – those situations can come to me as songs. In terms of first picking up an instrument, my granny was a classical pianist – we’d go to her house, hear her play, and run around in circles. And my mum used to be in a travelling theatre company, so I was encouraged towards culture, towards the arts. But I always thought: if I want to listen to music, I’ll just write it.”

Don’t mistake confidence for arrogance – such statements come from a sincere place, as Panes’ upbringing in Wimborne, once home to novelist Thomas Hardy, proved more inspirational to his writing than any sessions in the company of a parent’s record collection. The natural beauty of Dorset’s open spaces – and those of the Lake District, a place he loves to visit – have become woven into the fabric of his craft. The peace, the silent solitude: it’s here that Panes feels more alive with ideas than he does in the hubbub of his adopted home of London. There’s a pastoral warmth to his music that couldn’t have manifested had its roots been laid within urban limits.

The comfort of home, of a tight and supportive family, punctuates throughout Panes’ writing and recording– which is perhaps inevitable, as both his debut album and some of the recently released Paperweights, were recorded there. The new album sees Roo work once again with producer Rupert Coulson – a man with numerous soundtrack credits, as well as experience of working on records by Portishead, Robbie Williams and Oasis. Roo says: “I’m a really big fan of the idea that you don’t need all the stuff you find in a big studio – it’s about how you use the things you do have. Rupert had a lot of imagination, and got a good grasp of the room and harnessed it.

Not one to pass up a chance to push himself, and a naturally optimistic individual, Panes has himself taken unexpected detours on his journey to this memorable debut. He was, briefly, the face of a Burberry campaign, something he describes as “random”. “I was on tour,” he says, “and I got a phone call asking me to do it. I just grabbed the opportunity that was in front of me. I went in a musician, and came out a musician. It’s a short episode in my life, but one that’s had some quite big repercussions.” Indeed, a Google search pulls up many attractively composed black-and-white photographs of Panes sporting fine threads – but it’s music that surges strongest in his veins, above all other passions.

And now that you’ve separated your senses from social media for a while, closed your chattering inbox, just what does Roo Panes offer above more garden variety singer-songwriter recordings? A little patience provides the answers: this is material that truly connects on an emotional level, its gentle rhythms and compelling cadences topped by vocals that can’t be faked, that come characterised by a complete lack of artifice and affectation. His is a deep voice, one that sounds aged beyond its years, perhaps. And yet, it’s telling of timeless stories, endless ache and forever love. It asks that we all find the right way to see the world around us.

These songs are, says Panes, “personal, and vulnerable – but expansive, too. Because I don’t want it to just be about me. Here’s a bit of me, to help you understand a bit of you. I think positivity and hope are things worth giving to people, and I think that the album does transmit a lot of hope.” Perhaps just enough to have the listener recognise what’s dearest to them might be the very people, the sacred places, which they’ve been neglecting. Keep the phone off a while, and see where the view takes you.