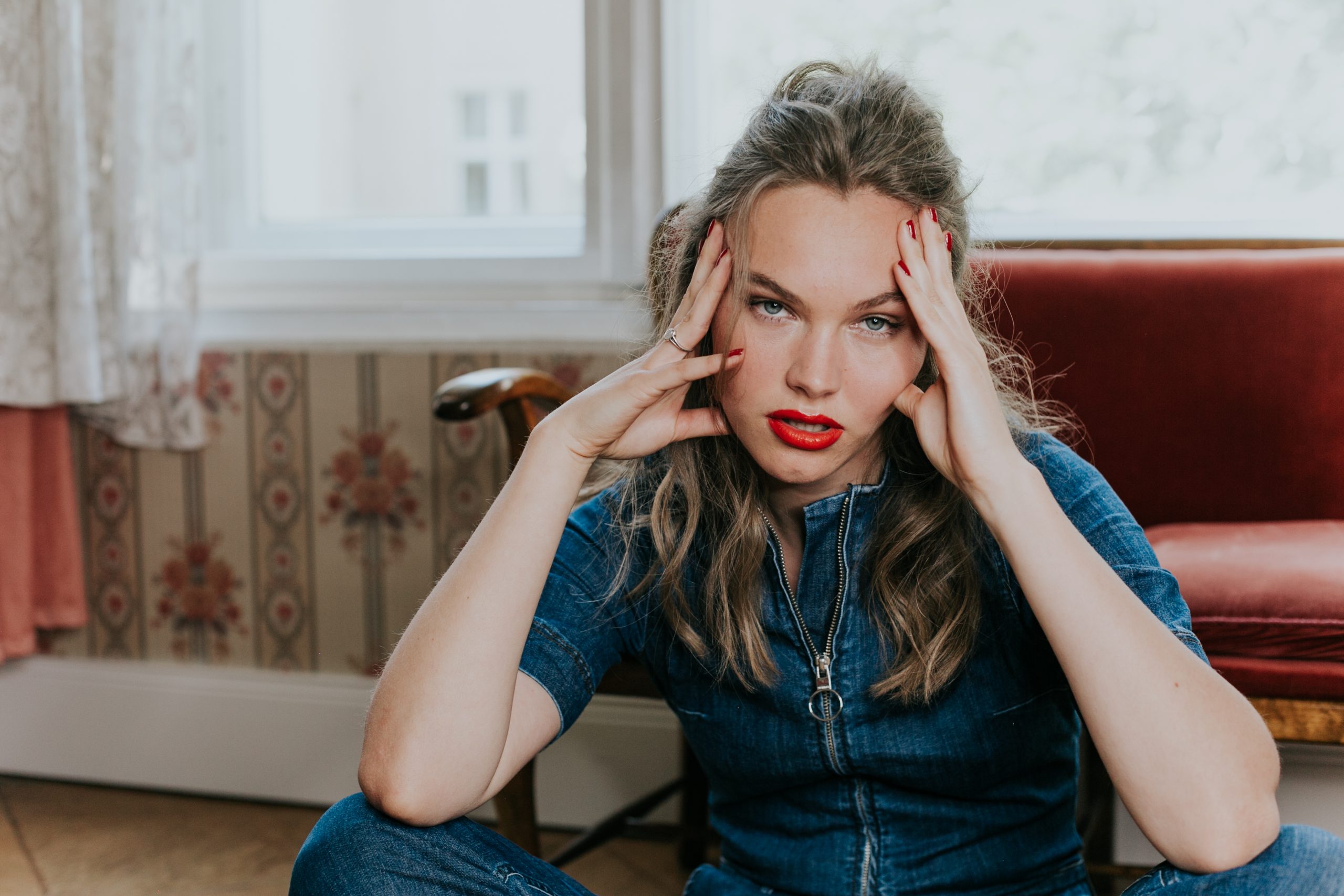 After the release of her debut solo single “Didn’t Mean To” in 2018 was described as “breaking apart the ambiguities of modern romance” by The Line of Best Fit, it was clear that Moli was on the right path. Her debut EP Résumé, rel

eased on Majestic Casual later that year, only continued to push the then 19-year-old further into the spotlight, with Clash Magazine calling it “Bright, vivid,

neon-lit pop music, each song makes a deep and lasting impression, with an astute lyrical touch that seems to nail each topic”.
By the start of 2019, Moli showed no signs of slowing down and independently released “Nowhere” and “Lonely Nights”. A few months later, she decided to take her chances and took to London where she met producer Chris Zane, who is known for his work with Passion Pit, Friendly Fires, Bat for Lashes and Chloe Howl. With the two forming a natural musical bond, combined with Moli’s admiration of the glamorous aesthetics of the 80s and the icons of French cinema of the 70s, her writing evolved and paved the way for a fresh body of work: “Talking In
Emotions”, “On the Weekend” and “Something I Said”. Moli has been featured globally by tastemakers such as Paper, Wonderland, Girls Are Awesome and Complex.

“Anglo-Belgian newcomer Moli doesn’t let anything stand in her way… Bright, vivid, neon-lit pop music, each
song makes a deep and lasting impression, with an astute lyrical touch that seems to nail each topic.”
Clash

“She can freeze her instrument into a brittle falsetto, then soften it into a soulful, sultry dripping substance that
snags on every syllable with grace and agility.”
Paper