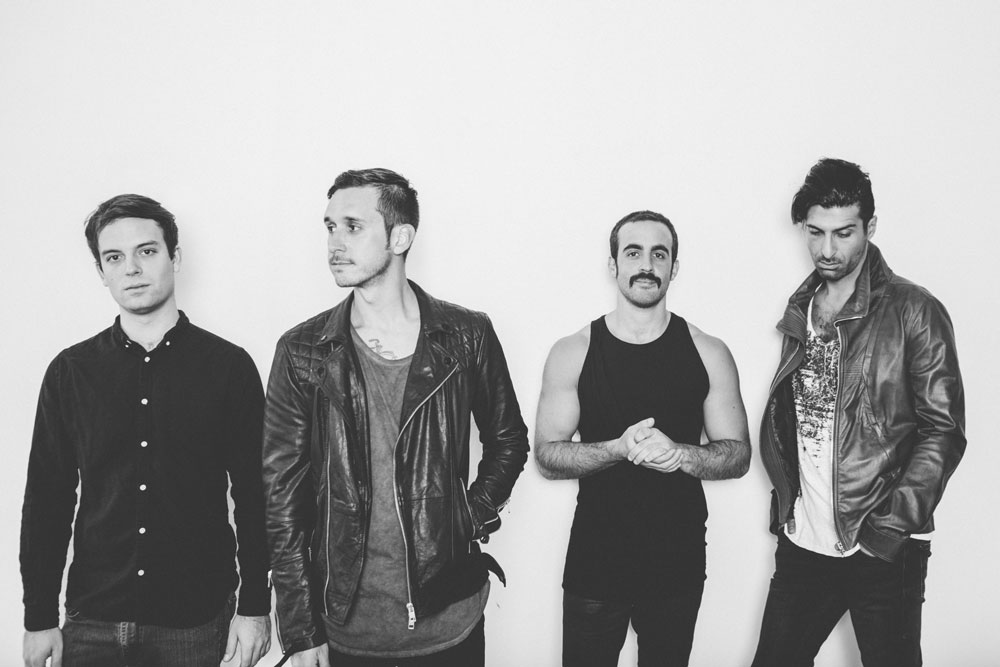 After losing a family member to cancer in 2014, Hey Champ’s Saam Hagshenas began writing in a new direction, experimenting with slower R&B and hip-hop beats. Out of the initial sessions came two songs, Diamond and Calling Out. Feeling these songs needed a much different voice on them, he approached friend Matthew Santos to demo vocals on Diamond. After hearing back the first take, both Saam and Matthew felt this project should become more than a “feature”. They finished producing the tracks with Hey Champ member Jonathan Marks, and showed the final product to fellow Chicago musician Dan Brunelle (Gemini Club). Based on his very positive reaction, they asked if he’d like join forces to help produce and play live for the new group, to be called MONAKR.

Without much thought, the group quietly released Diamond and Calling out on their soundcloud page in 2015. Within weeks both songs began trending on Spotify’s viral charts. They sold out their debut show in May, and before long they had inked a deal with Germany’s Embassy of Music for a release in 2016. “

A passing conversation in a studio. Whispers among friends at a show. The notion of musicians working together on a project is often suggested yet seldom realized. Chicago’s M O N A K R was born from such a notion in the grey of Winter 2014. It is a collaboration featuring Saam Hagshenas and Jonathan Marks of Hey Champ, two time Grammy-nominated vocalist Matthew Santos, and Dan Brunelle of Gemini Club.

Hagshenas had approached Santos for years about lending his voice to a Hey Champ production, but the timing and music was never right until 2014, when Hagshenas wrote “Diamond” after losing his uncle to cancer. Santos added his vocal flair to the track, and the result led the two to decide this project should live beyond a single song.

Drummer and co-producer Marks was then tapped to lend his talents to the group. Finally they approached Brunelle, who’s band Gemini Club had shared remixes and stages with Hey Champ for years. A lineup complete, the band born of whispers came to light.”